My little baby blog hasn’t been going for long, but there have been enough times where I’ve thought about writing a particular post then reluctantly admit to myself that those who don’t know me and will read those posts won’t know the important background information that should accompany said posts. For a new blogger I’ve posted a good amount of entries on my blog and there’s not one (public) post that explicitly mentions that I am a member of the Church of Jesus Christ of Latter-Day Saints, or as we are more commonly referred to as, a Mormon.

I will admit that I did not accidentally forget to post this. I chose not to mention it for a few reasons, many of which are still hard for me to explain in a coherent manner, so I’d like to share only a few reasons why I am choosing to say something now.

It takes a lot of courage to declare something that you know there will be opposition to.  Believe me that both you and I hoped that I would have that courage to speak up, but I’m not perfect and I don’t apologize for it. I know I’m not the only one out there who has something to say and hasn’t (whether for a religious reason or not) for fear of being belittled. I haven’t had very positive experiences in the past when I have mentioned that I’m a Mormon but I think it’s about time that I actually put an effort into saying that I am Mormon even when I know it might not be received well.

I grew up in the Church, so the things that I know… well, I feel like I just know them. As I grew older, I came to think that the people who convert to this church are actually more knowledgeable than I am in this religion. Perhaps in some cases they are and perhaps in others, they are not and that’s not what matters. I suppose I just feel like they came into it having all these questions and they were asking them and getting answers one way or another. I’m not restricted from asking questions myself, and I have asked questions as I’ve thought of them, but this Church has so so many questions that could be asked. I haven’t asked them all and quite frankly, I don’t think I’ll be able to get to ask all my questions in this lifetime and that’s okay. I think that’s one of the things that is beautiful about this Gospel: that I will always have opportunity to learn and I will never just be sitting in stagnant water. Aha! Here we have another reason why I haven’t come running out with a banner flapping in the wind that says, “Maniesse! (Among many things,) she is a Mormon!” Are you ready for the reason? I just don’t have the answers! Well, I have some answers but certainly not all. I can’t help but feel embarrassed that I can’t answer all the questions that have ever been thrown at me. Even though some people don’t say it, I feel like they are thinking “Well if you don’t really know the answer, how can you say you know this church and it’s doctrines and therefore tell me that it’s true?” I feel within me that it’s true and some people can’t accept that. They need cold, hard fact. I feel that when I have followed the counsel given and seen the blessings in my life, I can’t then turn a blind eye and say that it is coincidence. There have been too many things in my life for it all to be coincidence. (I have other reasons too for believing in this Church, but for now, this will serve as an introductory reason.)

I’m here now saying that I’m a Mormon because I know that it is such a big part of how I operate and who I am, that perpetuating my online image as someone who could or could possibly not be Mormon does not speak well of my integrity and it doesn’t truly show who I am. I’m here now saying this because little by little I am getting more courageous and as hard as it’s going to be for my peace-loving self to have people belittle me and my faith, I can only hope that it will build my character and circuitously, my courage. I know that I still don’t have all the answers and that I am not always so articulate, but I do know that I am willing to ask myself the same questions that people may ask of me, and hopefully we will be able to learn the answers together.

Have you had hard things to say in your life? What have you done about it? Saying some things can be freeing! 🙂

About 4 months ago I packed up in about 2 weeks and moved down here to the Washington DC area in an effort to literally change my life.

I knew going into this that it wasn’t going to be easy. I mean you know what they say about that rock and that hard place…

I expected a lot of the things that have happened, but I’ve also been surprised by some of the outcomes of this drastic move. Leaving the place where I “grew up” in the United States? Yeah I knew that was going to be hard. Switching from small town mode to big city mode? Logically different. I’d know fewer people? Bah who needs human interaction anyway? You get the idea.

When I moved these expected and unexpected situations were kind of pushed underneath somewhat blanket categories but it became apparent that each situation was different. If you asked me what has been the most unexpected situation, my answer wouldn’t be the same every day.

Today I think the thing that’s hitting me the hardest is the fact that for 8 years I built relationships and associations with people — from convenience store employees to seminary teacher(s) to choir/theatre directors and the list goes on. Sure I’m forming connections here, but I sometimes go somewhere and expect a certain reaction from people and when it’s not as meaningful as it used to be, I get a little sad. People don’t quite know the way I joke. I used to make little comments that usually spin off into crazy conversations with my former leaders and now, sometimes I just get nods of assent and the conversation doesn’t go on. Oh and remember in middle school when the boys and girls wouldn’t interact a lot? Well the boys in my Sunday School class in A—————— took a while to warm up to me and my loud ways (what can I say, I can be intimidating). After laying down ground work since the 6th grade, we finally reached a point where we became friends that went to concerts together, hit the movies together, laughed about Spanish teachers together, sang silly songs together, and made 5 hour (round trip) drives together. Now it’s back to sitting divided: boys on one side and girls on the other, and we don’t even know enough of each other’s lives to call each other “friends.”

So I guess it’s back to square one, huh? I knew that I’d miss all the people in my old life, but I didn’t anticipate that it would be so hard to survive the beginning stages of this thing called “making new friends.”

How often do people dread the date on a calendar? Never in my life have I ever stopped to ask that question before. If I’ve dreaded a date, that’s what I did. I dreaded it. But like I said, I’ve never stopped to actually think about how often people dread a date on a calendar.
I’ve dreaded exam dates before. I’ve dreaded awkward and/or painful doctor’s appointments before. But this is the first time I’ve ever dreaded this date.

May 23rd. Last year, it fell on a Thursday, and I didn’t know any better. This year it falls on a Friday, and I wish it didn’t exist. If it didn’t exist, maybe the events that day would’ve never happened? It’s the date that one of my best friends left this earth. For almost a year now, anytime someone asks “What’s today’s date?” and it happens to be the 23rd, I always pause and go “It’s been (insert number) months since I last talked to him.” “It’s been (insert number) months since he’s smiled on this earth.”
I still wonder and I still don’t understand why he’s no longer here. I mean, I do. It was a car accident. It was bad. He died.
But…. I also just don’t get it. It’s something that I’ve had to think about a lot over the past 11+ months and I still have no answers.

There aren’t any guarantees that there will ever be any earthly answers to many of the questions I have, but I just hope that I’ll find more peace as I keep traveling in this life that is no longer his to be part of.

because who am I to judge, right? 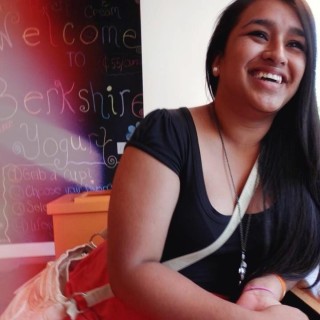